The Sigma Kappa Theta Psi Chapter is devoted to serving our community. Each year we participate in a number of service events to support our national philanthropies, as well as the local State College community. You can always be sure to see our chapter as one of the top raising teams for the annual State College Walk to End Alzheimer's.

This semester Sigma Kappa has been interacting with many different philanthropies in the State College Community. We have sponsored one blood drive and are sponsoring another upcoming blood drive on March 27th. This past February we partnered with a local animal shelter and at the end of April we have organized a self-defense class to raise money for a local women's shelter. 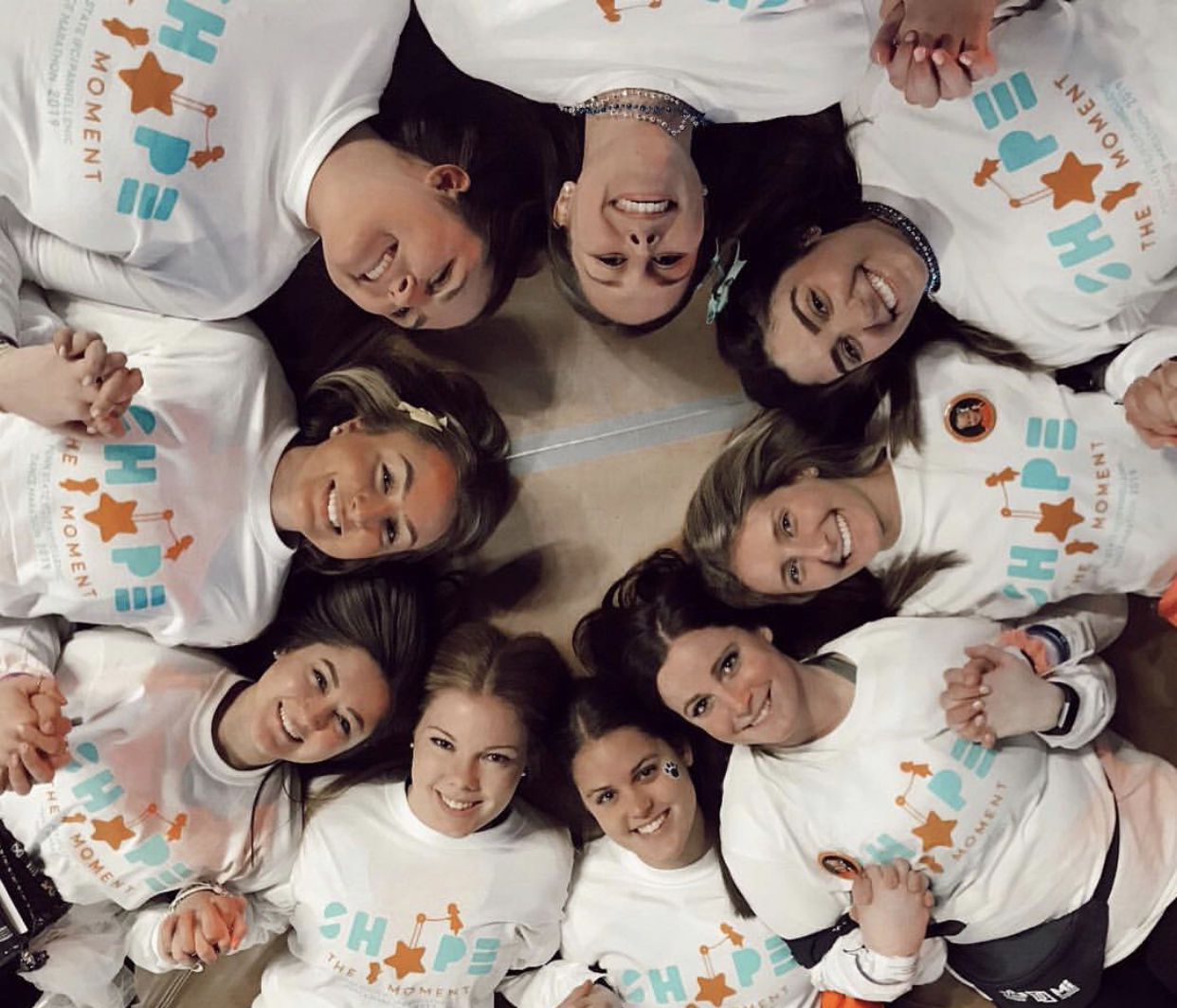 In October of 2015 , Landon Knepp was diagnosed with stage 4 neuroblastoma due to the tumor located on his right adrenal gland and the cancer spread to his bone marrow. He had been in and out of the Penn State Her shey Children’s Hospital with various treatments including chemotherapy, radiation , and surgery, having spent over 120 days in the hospital during that year. Landon then went through immunotherapy, a final stage of treatment, to fight off the high rate of reoccurrence that comes with neuroblastoma. During this time, he stayed caught up with school work by S kyping into his class , which allowed him to st art the second grade this fall. On top of school work, Landon is now getting involved in a lot of sports, playing video games, and hanging out with his friends and family, including his three-year-old sister, Izzy!

At the age of two, Max Kirby was diagnosed with a stage 4 germ cell tumor which immediately resulted in chemotherapy and constant blood cell monitoring tests. The Kirby’s were in and out of the Hershey Medical Center, but kept upbeat and positive spirits throughout the entire treatment. In November of 2005, Max’s tumor marker dropped from 10,000 to 22.5 and in late December, Max was officially declared to be in remission. Max’s port was removed in May of 2006, marking the official end of his treatment! By 2007, Max started up his soccer career and the Kirby’s adopted Evey, who is now eleven years old. Max is now in high school and playing for his school's soccer team!